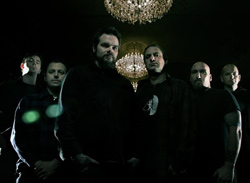 I’ve never driven five hours (each way) to church before. Maybe that’s not saying much since I haven’t been to church in well over 26 years. This wasn’t really church, but on a Sunday in early August 2022 I did somewhat feel like I was at church, the best one I’ve ever experienced. The spirit was strong, and I had goosebumps on multiple songs. Mississippi Studios in Portland, Oregon was set up like a church with rows of seats (instead of standing room only like I’ve encountered at other shows at this venue).

Helen Money began the evening with several instrumentals on her cello. I first heard of her, I think, about a dozen years ago when I really got into Russian Circle’s brilliant album Geneva, for which she laid down all of the cello work. I’ve listened to her solo work since then, but this was my first time seeing her live.

Like Steve Von Till’s solo work, some may be questioning why this is on Metal Underground since by most definitions this isn’t metal. In the sense that metal is a thick, heavy, and monumental sound Helen Money (and Von Till’s solo work) certainly qualifies. If metal requires guitars then no for Helen and no for some of Steve’s songs. However, most metalheads recognize that many bands that appear at metal festivals don’t meet the guitar definition of metal. Think of bands like Wardruna, Jo Quail, Heilung, Corvus Corax, etc. I think both Von Till’s solo work and Helen Money (even when she isn’t backing Russian Circles, Anthrax, or Neurosis) is a nice change of pace at a metal festival or on a metal dominated play list.

Anyway, I thoroughly enjoyed her set. She played her cello with a variety of techniques and was quite heavy (for not being metal ) at times.

I’ve seen Neurosis many times before, but this was a Neurosis-free evening featuring only Steve’s solo work of music, along with some poetry recitation. In some ways, it couldn’t have been more different from a Neurosis show. Neurosis doesn’t really interact with the audience. There are no “Hello, Chicago”s or “Scream for me Long Beach”s at a Neurosis gig. Songs aren’t announced and the crowd isn’t thanked. This evening was far more interactive and included Steve talking to the audience before or after several songs.

Steve Von Till recites a poem from Harvestman

Speaking of the crowd, some of the PNW’s finest musicians were in the audience, including Mike Scheidt of YOB.

Steve has Helen Money, Dave French, and Braden Diotte supporting him live. The setlist was mostly from his solo albums, No Wilderness Deep Enough and A Life Unto Itself.

The sound was excellent. I was very familiar with the songs, listening to little else in the week or two prior. Steve’s solo work ages well. In fact, for anyone that doesn’t “get it” on a first listening, I would strongly suggest waiting to form an opinion until the music has had time to germinate a bit in the brain—maybe on the fifth or sixth listen. After having experienced it live, I have to say that it has taken on a whole new, even-better flavor in my head.

How to describe the music? You can certainly hear some of Neurosis’s calmer moments in Steve’s solo work. His voice is rich, deep, and thick. A bit of a psychedelic vibe weaves itself through some songs. You can listen for free for yourself through the links above.

Better yet, catch one of the remaining seven shows on the tour:
August 9 in Oakland, California
August 10 in San Jose
August 11 in Los Angeles
August 12 in San Diego
August 13 in Tucson, Arizona
August 14 in Salt Lake City, Utah (consider it church )
August 15 in Boise, Idaho

To minimize comment spam/abuse, you cannot post comments on articles over a month old. Please check the sidebar to the right or the related band pages for recent related news articles.