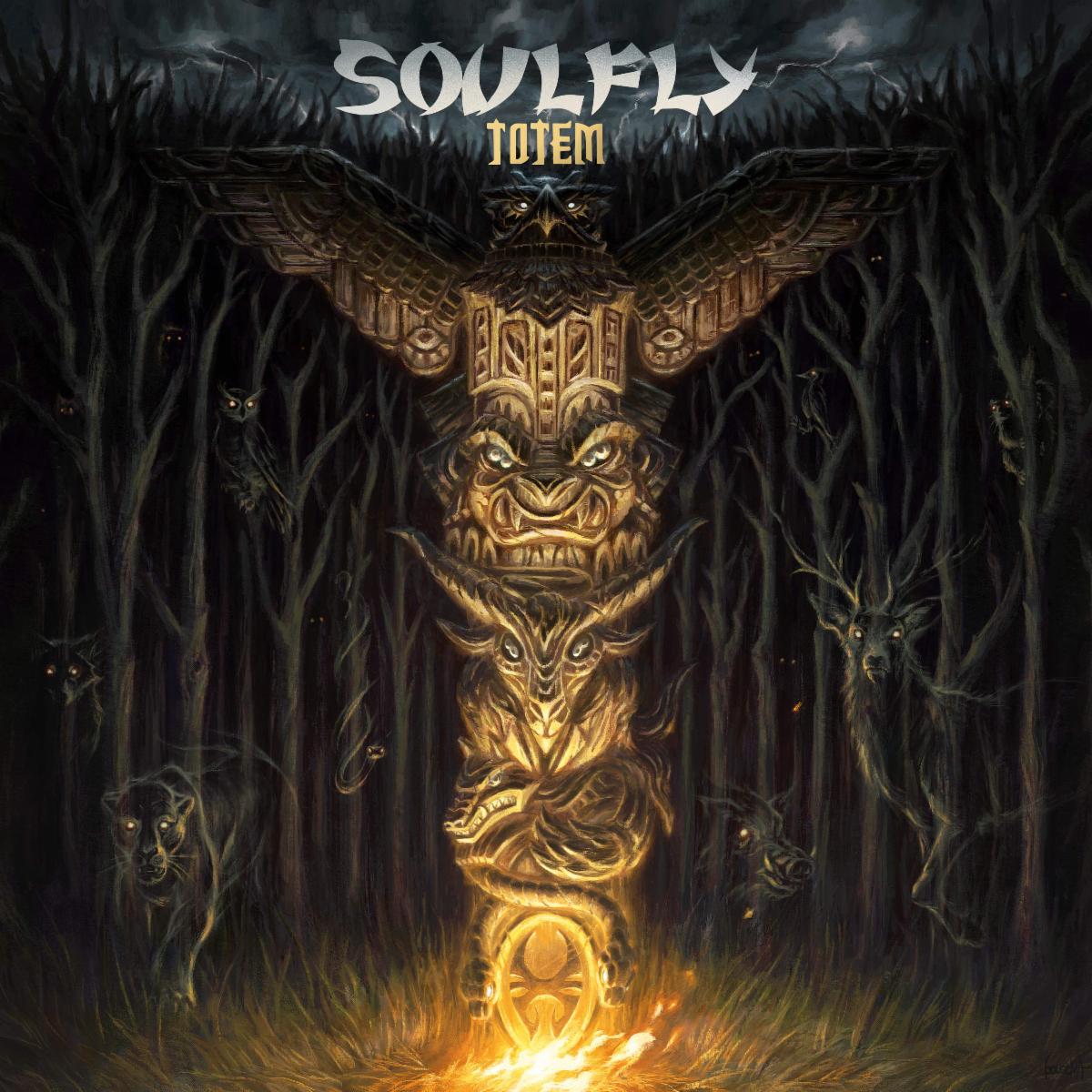 Releasing album number twelve would leave most bands questioning where to go with their music. Should they try something new by evolving their sound? Should they go back to their roots? However, for SOULFLY, the answer is obvious. The Los Angeles heavy metal band have been a part of the scene since 1997. They released their debut self-titled album in 1998, and their most recent album, Ritual, was released twenty years later in 2018, and had features from LAMB OF GOD vocalist, Randy Blythe and THE PRETTY RECKLESS‘s bassist Mark Damon. SOULFLY‘s follow-up to Ritual is Totem. Comprising of ten songs, this marks the band’s first album in four years.

Superstition kicks things off in an explosion of fury. Vocalist and founding member Max Cavalera sounds the exact same as he did twenty years ago. The song’s production is crisp, which makes sense because Cavalera produced it, along with Arthur Rizk, who has worked with bands such as CODE ORANGE. Together, they have produced a clean and straightforward album.

However, credit also has to go to drummer – and Cavalera‘s son – Zyon Cavalera and guitarist Mike Leon, who round out the band. They make every song their own. Some people might complain that the songs are ‘too short’, which is valid because a lot of the songs are around three minutes or under. However, the sixth song, Totem, is five and a half minutes long, and the last song, Spirit Animal, is over nine minutes long.

In theory, these two songs should not work on the album due to how long they are. They should feel bloated and unnecessary. However, thanks to the brilliant production – and the fact that SOULFLY have been in the music industry for such a long time – the songs fit right in.

SOULFLY have achieved something else brilliant with this album; they have a definitive sound. Heavy metal is often broken up into a lot of sub-genres. This is not a bad thing, because genres evolve. However, it can be a little confusing to keep track of which genre a band is playing. Therefore it is refreshing to hear a band have a distinctive sound. That is not to say that bands trying a new sound is a bad thing. But SOULFLY‘s straightforward late nineties’ inspired heavy metal is something new and exciting.

Totem is a triumphant album. SOULFLY prove that the wait was worth it as they have made a fantastic record. The album is well-produced, the songs are the perfect length, and even the songs that are extremely long do not feel like they weigh down the album. Whilst some fans might’ve been worried that the four year break in between albums would affect the band’s music, they have nothing to worry about. This album shows that sticking to one sound can be refreshing. Furthermore, it proves that, twelve albums in, SOULFLY are not going away any time soon. In conclusion, this album is one for metalheads anywhere, and shows that time away can bring back something greater.

Totem is set for release on August 5th via Nuclear Blast Records.